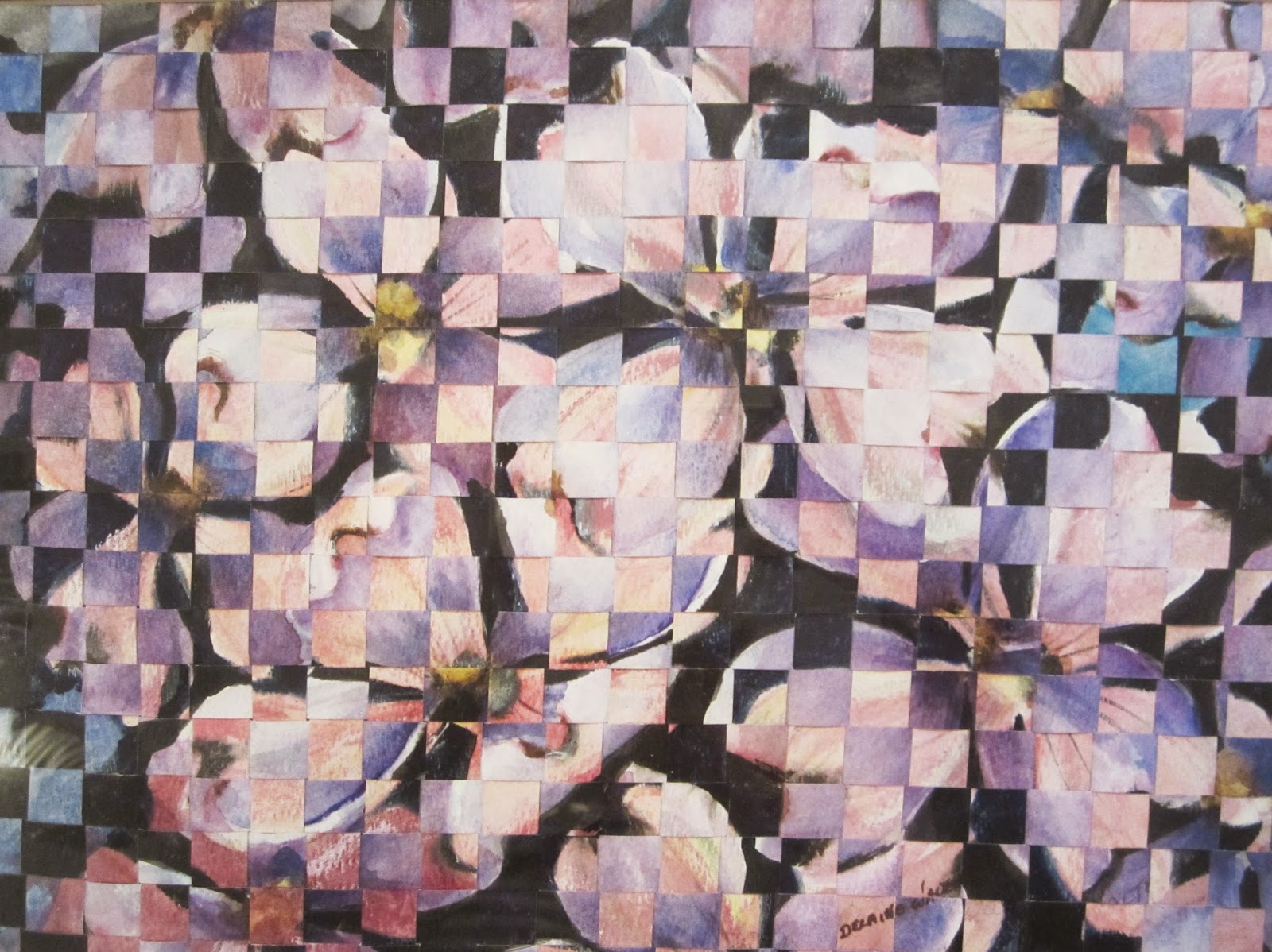 What is normal art?  For Art Central artist, Delaine Walters, the idea of normal has to include “what if?”  In the exhibit of her newest work, “Into the Unexpected”, on view at the gallery through March, she intentionally sets out to explore her creative process.  Walters says she “turned things upside down and sideways, used paper, fabric, gels, threads, stamps and whatever popped” into her mind.

The result is a group of paintings that are realistic with a big splash of abstract.  “DBLE Dogwoods”, shown above, is woven.   Other paintings include peacock feathers, portions of old paintings, found objects and metallic paint.

Walters’ imagination has produced paintings that are fun and engaging.  Stop by Art Central during March 2015 to see “Into the Unexpected.”  Meet the artist at the Third Thursday reception, March 19th 5-8pm. For more images from the show visit: http://www.artcgalleryltd.com/artistofmonth.html


Posted by Art Central News at 7:54 AM No comments:

For Email Marketing you can trust